« Back to regular news view
Your printed page will look something like this.

The new fast charging infrastructure at Ampol Foodary Belmont is one of the first AmpCharge sites in Ampol’s planned initial roll out of 120 new charging sites on forecourts nationally by the end of 2023. The opening comes as Ampol announces a new naming rights sponsorship of the ground-breaking TOCEVA Racing Team, that has entered the only EV rally car in the upcoming Perth to Sydney Marathon.

“Ampol is looking to establish the leading EV charging network in Australia by 2030 and this first site in Western Australia at Belmont comes at the beginning of the initial roll out of 14 sites across the state to be delivered at Ampol stores by the end of next year.

Brent continued, “The sponsorship of the TOCEVA Racing Team reflects our history as a strong supporter of Australian motorsport and connects us with a group of electric vehicle enthusiasts and an event that will help drive excitement and further interest in battery electric vehicles. We wish Jon, Jurgen, Helen and team the best as they prepare the Tesla Model 3 for the marathon event in October.”

The announcement comes as Ampol and TOCEVA Racing unveil the car livery for the event at the new AmpCharge Belmont site. As the main sponsor, Ampol AmpCharge has branding presence across the Tesla Model 3 rally car.

“We are taking on an unprecedented challenge crossing the country in an EV navigating some very remote gravel roads competing in a field of nearly 80 conventionally fuelled rally cars. We are pleased to be promoting the Ampol AmpCharge brand which fits perfectly with our EV racing ambitions and desire to be part in the energy transition.”

The Perth to Sydney Marathon will get underway from Perth’s Wellington Square on 28 October and arrive at Warwick Farm in Sydney 10 days later on 6 November.

The first five sites form part of an initial roll out to approximately 120 sites by December 2023 as part of an agreement with the Australian Renewable Energy Agency (ARENA) announced in July last year, with ARENA providing partial funding backed by the Australian Government. 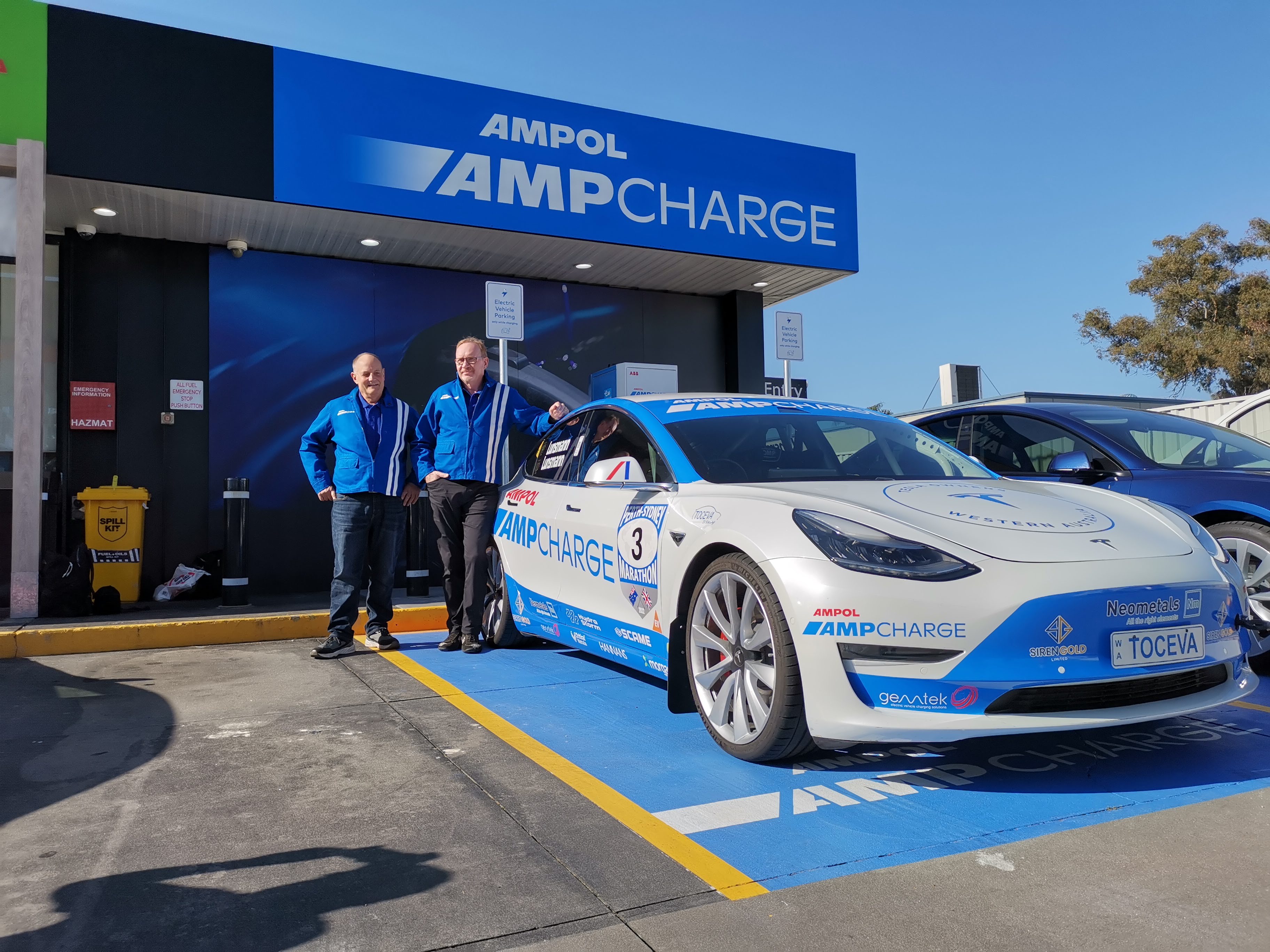