About 250 delegates attended the National EV Summit in Canberra on 19 August 2022.

In his keynote address, the Federal Climate Change and Energy Minister (Chris Bowen) told the Summit that a National EV Strategy Discussion Paper will be released in September, and that it will put the issue of Fuel Efficiency Standards on the table.  "This will be a genuine consultation process", he said, encompassing state and territory Governments, industry, unions and consumers.  Detailed design work on any fuel efficiency standard would be undertaken by Minister Catherine King and the Department of Infrastructure and Transport, but Minister Bowen wants to see "best practice" and not a weak standard.  He also called for a national strategy to value-add and to revive local manufacturing, including battery manufacturing.

A discussion on the global EV market featured Robyn Denholm (Chair, Tesla) and Mike Cannon-Brookes (Co-CEO of Atlassian and Chair of Boundless).  You can watch a video of this discussion here.

The New Zealand Minister for Transport (Michael Wood) told the Summit that in recent months, sales of EVs in NZ have been close to 20% of total vehicle sales. The NZ Clean Car Standard will phase in a reduction in average emissions from 145 g/km in 2023 to a “very strong target” of 63.3g/km by 2027.  In addition, the “feebate” incentive scheme is working better than expected.  The Minister said that there is “an opportunity for Australia and NZ to work together”.

Several panel speakers, including the Member for Goldstein (Zoe Daniel), the Managing Director of Volkswagen Australia (Paul Sansom), the Deputy Leader of the Australian Greens (Mehreen Faruqi), the Member for North Sydney (Kylea Tink), the Member for Kooyong (Monique Ryan) and Independent Senator for the ACT (David Pocock) called for the introduction of fuel efficiency standards to happen quickly.

The ACT Chief Minister (Andrew Barr) said that there should be a broadly uniform approach by state and territories with "just the right amount of competition".  He also stressed the role for local government as a delivery partner, called for reforms to the National Construction Code, and called for other jurisdictions to follow the ACT lead on the phase out of ICE vehicles by 2035.  He intends to approach other state and territory treasurers to make a joint submission to the National EV Strategy in relation to vehicle tax and rebate issues. 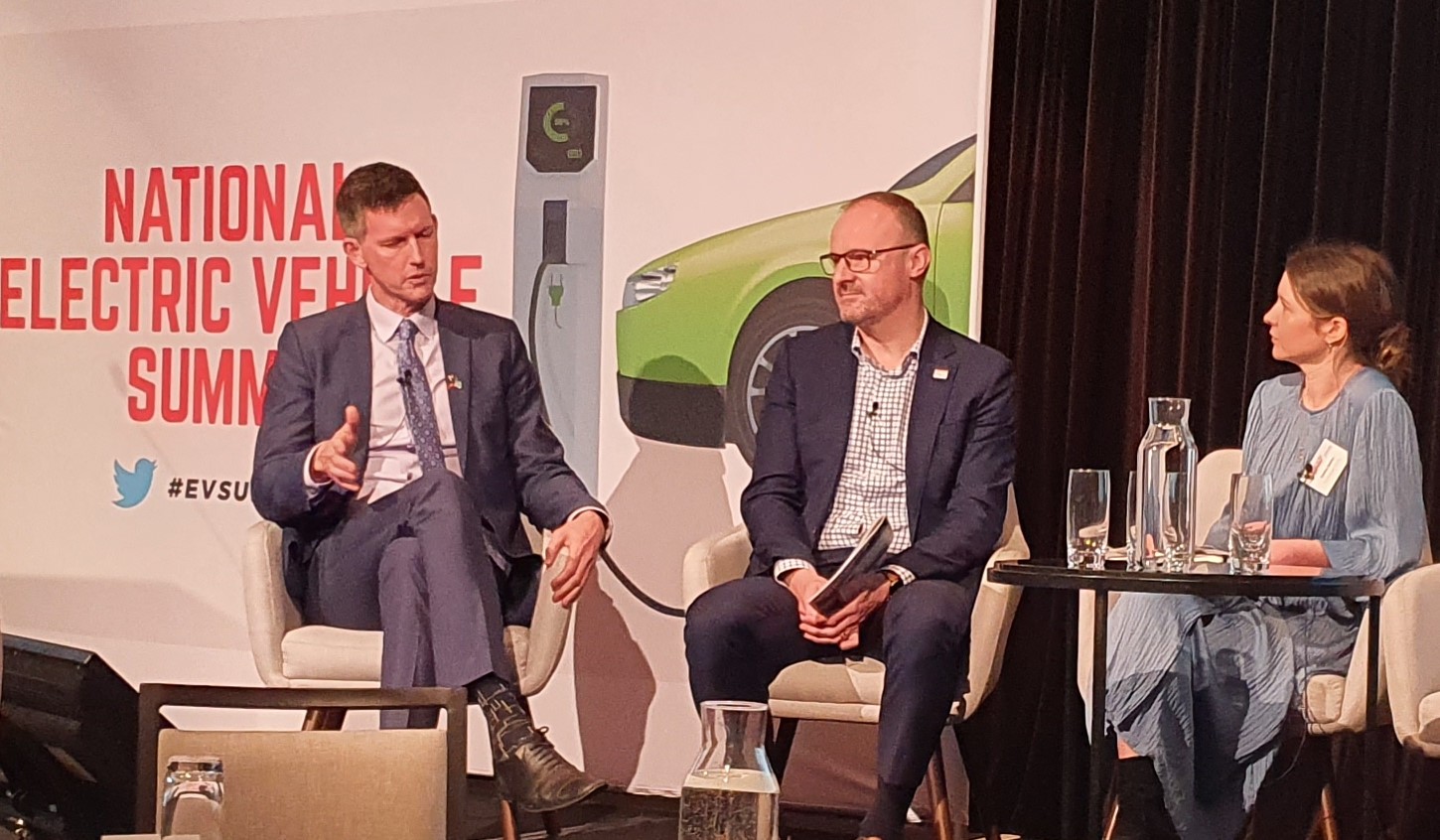 Videos of Summit sessions can be watched here courtesy of the Smart Energy Council.